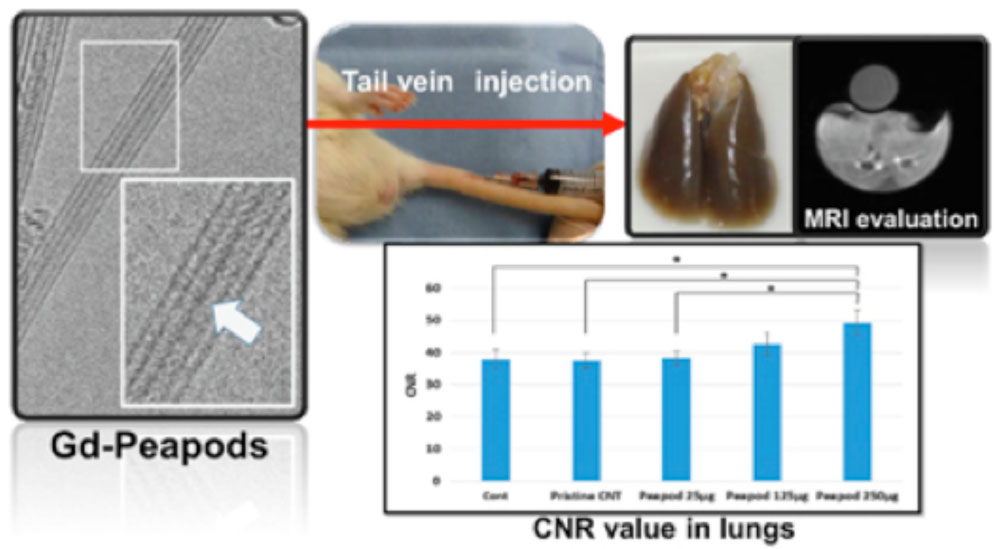 Nanotube toxicity: ‘peapods’ offer fresh views
Worries about the biosafety of carbon nanotubes in humans can now be scrutinized with an innovative magnetic resonance imaging (MRI) system. Currently, investigations into whether the similarities between carbon nanotubes and asbestos fibres might induce diseases such as pulmonary lesions require invasive tissue assays. Naoto Saito from Japan's Shinshu University and co-workers have found a way to spot these nanomaterials under in vivo conditions using ‘peapod’ nanotubes filled with magnetic gadolinium (Gd) particles. MRI experiments on tissue models and live rats revealed that peapods were detectable at mere nanogram concentrations and were stable in living tissue. Further tests showed that although the Gd-stuffed nanotubes did not aggregate in the liver, spleen and kidneys of rats, they accumulated significantly in the pulmonary arteries and lung capillaries of test subjects.