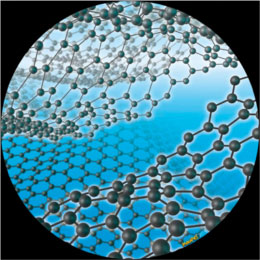 Graphene synthesis: chemistries for producing graphene
There now exists a wide range of scalable chemistries that potentially could be used to produce processable graphene. Graphene holds a lot of promise, but before it can be used commercially, methods are needed for producing processable forms of graphene in scalable amounts and also for incorporating graphene in devices. Gordon Wallace and co-workers at the ARC Centre of Excellence for Electromaterials Science, University of Wollongong in Australia comprehensively review the various chemistries available for chemically converting graphite into graphene. In particular, they consider suitable chemistries for developing graphene dispersions in aqueous and organic solvents and their use for preparing various polymer composites, which can be used to fabricate graphene-based structures and devices. They discuss the differences between natural and synthetic graphite, the necessary steps for converting them into graphene and how graphene can be used to produce composites.