The scale of funds set to be spent by the state on stem-cell research necessitates strong governance.

A place for everything p.2

More researchers must record the latitude and longitude of their data.

Astrophysics: Rays from the dark p.48

All metazoan cells carry transmembrane receptors of the integrin family, which couple the contractile force of the actomyosin cytoskeleton to the extracellular environment. In agreement with this principle, rapidly migrating leukocytes use integrin-mediated adhesion when moving over two-dimensional surfaces. As migration on two-dimensional substrates naturally overemphasizes the role of adhesion, the contribution of integrins during three-dimensional movement of leukocytes within tissues has remained controversial. We studied the interplay between adhesive, contractile and protrusive forces during interstitial leukocyte chemotaxis in vivo and in vitro. We ablated all integrin heterodimers from murine leukocytes, and show here that functional integrins do not contribute to migration in three-dimensional environments. Instead, these cells migrate by the sole force of actin-network expansion, which promotes protrusive flowing of the leading edge. Myosin II-dependent contraction is only required on passage through narrow gaps, where a squeezing contraction of the trailing edge propels the rigid nucleus.

Genetic variation among individual humans occurs on many different scales, ranging from gross alterations in the human karyotype to single nucleotide changes. Here we explore variation on an intermediate scale—particularly insertions, deletions and inversions affecting from a few thousand to a few million base pairs. We employed a clone-based method to interrogate this intermediate structural variation in eight individuals of diverse geographic ancestry. Our analysis provides a comprehensive overview of the normal pattern of structural variation present in these genomes, refining the location of 1,695 structural variants. We find that 50% were seen in more than one individual and that nearly half lay outside regions of the genome previously described as structurally variant. We discover 525 new insertion sequences that are not present in the human reference genome and show that many of these are variable in copy number between individuals. Complete sequencing of 261 structural variants reveals considerable locus complexity and provides insights into the different mutational processes that have shaped the human genome. These data provide the first high-resolution sequence map of human structural variation—a standard for genotyping platforms and a prelude to future individual genome sequencing projects.

Control of Treg and TH17 cell differentiation by the aryl hydrocarbon receptor p.65

Regulatory T cells (Treg) expressing the transcription factor Foxp3 control the autoreactive components of the immune system. The development of Treg cells is reciprocally related to that of pro-inflammatory T cells producing interleukin-17 (TH17). Although Treg cell dysfunction and/or TH17 cell dysregulation are thought to contribute to the development of autoimmune disorders, little is known about the physiological pathways that control the generation of these cell lineages. Here we report the identification of the ligand-activated transcription factor aryl hydrocarbon receptor (AHR) as a regulator of Treg and TH17 cell differentiation in mice. AHR activation by its ligand 2,3,7,8-tetrachlorodibenzo-p-dioxin induced functional Treg cells that suppressed experimental autoimmune encephalomyelitis. On the other hand, AHR activation by 6-formylindolo[3,2-b]carbazole interfered with Treg cell development, boosted TH17 cell differentiation and increased the severity of experimental autoimmune encephalomyelitis in mice. Thus, AHR regulates both Treg and TH17 cell differentiation in a ligand-specific fashion, constituting a unique target for therapeutic immunomodulation.

The sculpting of Jupiter's gossamer rings by its shadow p.72

Origin of a ‘Southern Hemisphere' geochemical signature in the Arctic upper mantle p.89

Hierarchical structure and the prediction of missing links in networks p.98

Melanopsin cells are the principal conduits for rod-cone input to non-image-forming vision p.102

BCR-ABL1 lymphoblastic leukaemia is characterized by the deletion of Ikaros p.110 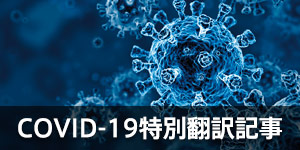